Waterford City Hall is situated between Cathedral Square, and the Mall in Waterford City and was designed by the noted Architect John Roberts, constructed between 1783 and 1788 and is one of the most important historic and civic structures in Waterford, housing the Municipal Offices since 1813. CJFA under took a total renovation programme which provided the opportunity to redesign the principal chambers and restore them to their former elegance which had been lost or covered up over the years. The lack of visual references as to the original appearance of the interiors presented the unique freedom to design within the broad constraints of a period style. The result is a union of Georgian confidence and delicacy, and modern craftsmanship and materials.

In 1870, a section of Waterford City Hall was converted into a Victorian Theatre – The Theatre Royal – making it one of the oldest performing arts venues in Ireland. Its location within the City Hall and the Cathedral Close area of the medieval city also makes it one of the most unusual and unique theatre buildings in Europe.

CJFA undertook a contemporary wedge-shaped extension with a curved facade. The plan form of the extension was due to the discovery of a thousand year old ship yard by the design team, at preliminary design stage, which formed the a new site boundary. The historic core of Waterford is triangular in shape bounded by the River Suir and The Mall, with Reginald’s Tower at its apex.

The design concept was to reflect the historic location of the theatre by embracing the triangular shape, the apex of which forms a connection to the old city walls. The curved street façade presents itself as a contemporary tower to compliment the medieval towers of the city, while the glazed façade gently reflects a thousand years of history. 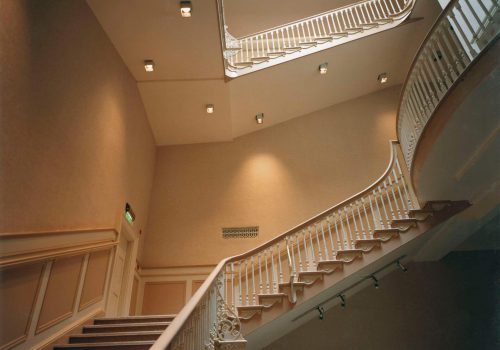 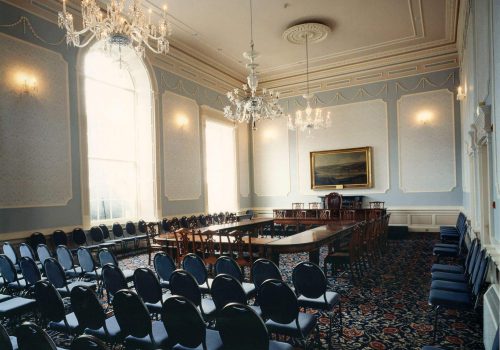 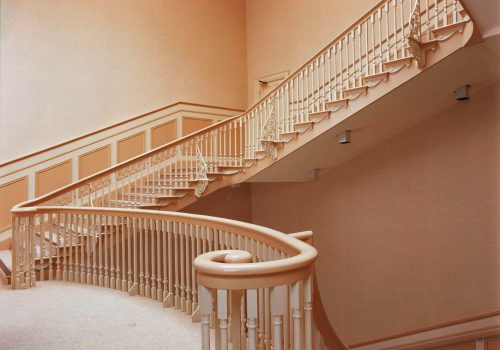 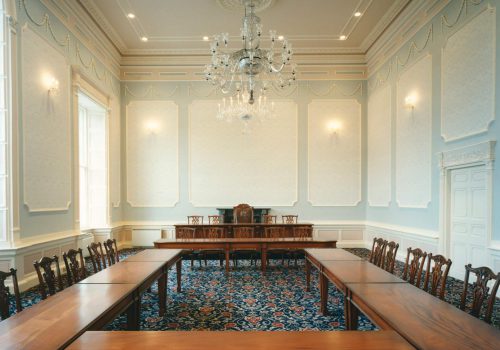 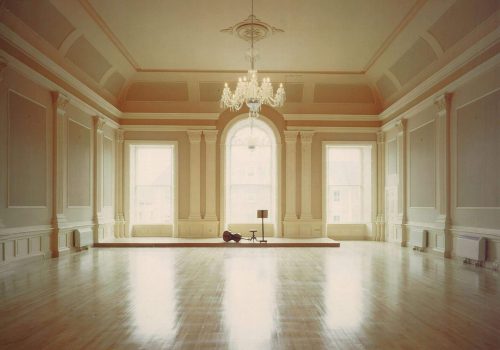 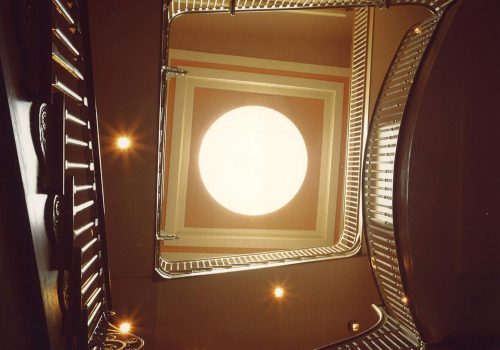 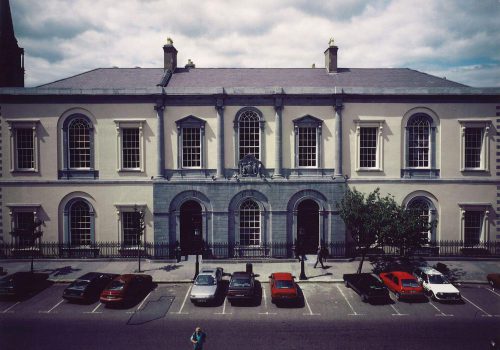 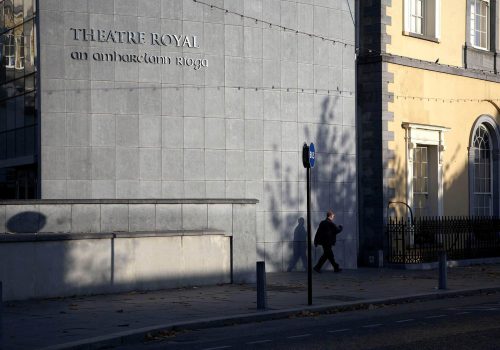 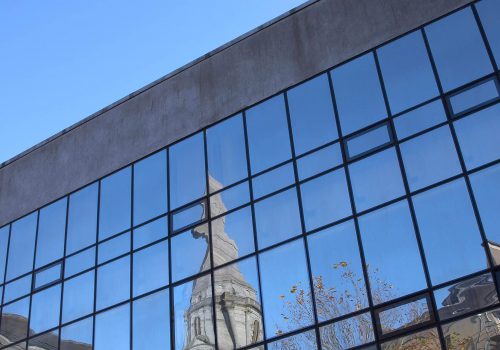 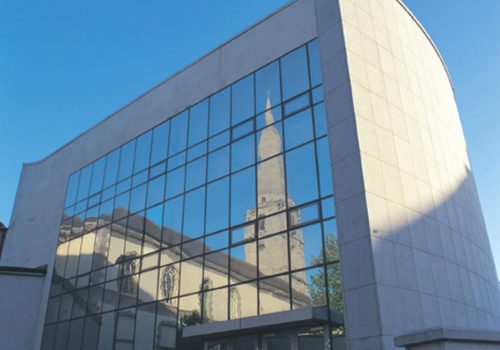 Book a consultation with us 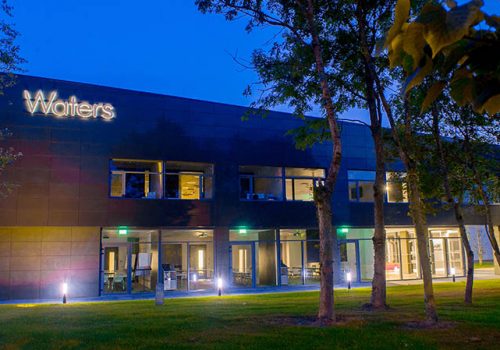 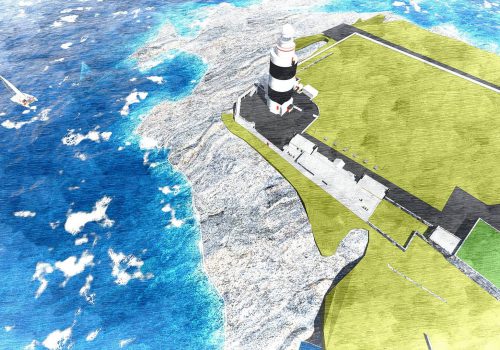 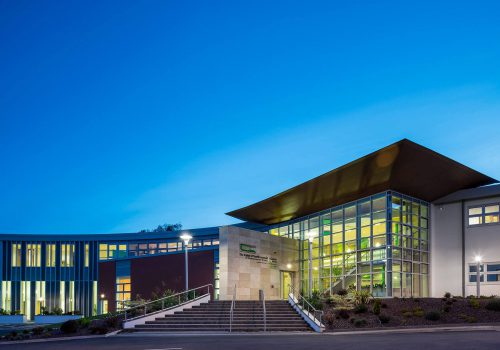 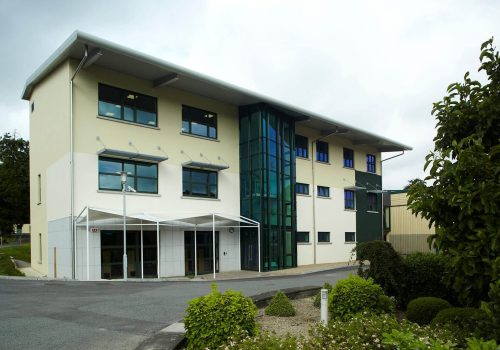 Start your project, request a call back